Least Known Apostle
One of the twelve men called by Jesus to be his Apostle was Simon. Thus he was one of the original followers of Christ that formed the inner 12. Other than this fact that he is almost verified as an apostle in the Holy Scriptures New Testament we know practically nothing for certain about him making him perhaps the least known of the apostles. However it is most probable that he was born in Galilee in the first century A.D.

His Name
Both Matthew (Mt. 10:4) and Mark (Mk 3:18) include him in their list of the apostles calling him a Canaanite. However they do not mean that he came from Cana. The book Who’s Who in the Bible explains that it is a Greek translation of “qan’an”, an Aramic word meaning “zealous one.”

Because of this nickname many scholars link him with the Zealot faction or party of zealous patriots who were a radical first – century revolutionary party pledged to overthrow the hated Roman rule by terrorism (which in fact they did with the destruction of Jerusalem in A.D. 70).

However other scholars disagree because its philosophy hardly fits with Christian principles.

Another possible explanation is that he earned that nickname because of his dedication and zealous support of the Lord and as a lawyer for his strict, rigid and fervent adherence to the Jewish and Canaanite law.

He is said to have been surnamed the Cannanean and the Zealot to distinguish him from Simon Peter which is also why he is referred to as Simon the Less.

He is however not to be confused either with St. Simeon, brother of St. James of Less. 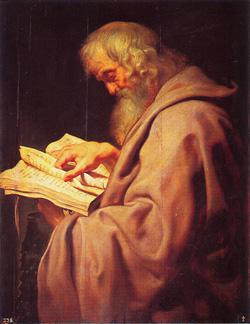 Legends and Traditions About Him
Because of the lack of solid evidence about him, a lot of what we know about him especially about his later life comes from the many legends and traditions which have long been venerated in the East.

One such tradition held by the Greeks and the Copta is that Simon was actually the bridegroom at the marriage feast in Cana in Galilee. This is where Our Lord is said to have performed his first miracle in public.

According to Western Tradition
Simon does not appear in the New Testament after Pentecost when the Holy Spirit granted him and the other followers of Christ the gift of tongues.

After the resurrection of Christ tradition and legend in the West first made him the successor of James as bishop of Jerusalem Then it places him in Egypt where he is supposed to have proclaimed the Gospel.

He then travelled to and preached Christianity in Carthage, Spain and even to Britain. Because of this Simon is said to have been the first of the apostles to carry the Gospel from one end of the known world to the other.

Meeting up with Jude, another of Christ’s apostles, they went on missionary journeys together to Syria, Mesopotamia and Persia (now Iran) which they reached around the year 66.

It is here where the two were martyred on the same day by being slaughtered by pagan priests who greatly resented their having converted thousands to Christianity. Finally mustering a mob they stoned them to death.

However others say that if you see Simon with a falchion – a short sword bent like a sickle – it is because that was the instrument by which he was put to death.

This is why the Church in the West celebrates the feasts of Simon and Jude jointly by honouring them on the same day on which they were martyred – October 28.

Another version has Simon dying in battle when he was the bishop of Jerusalem. Others say that he was stabbed to death. Others has him trekking across North Africa until he was 120 years old and then was finally martyred.

An interesting ending to the story of their martyrdom is that when the mob was approaching them Jude turned towards Simon and prophetically said, “The Lord is calling us.”

According to Eastern Tradition
However in the East they believe that Simon lived to a ripe old age dying peacefully at Edessa. He is venerated alone in the East on May 10.

Patron
Simon is he patron of wood cutters and tanners. 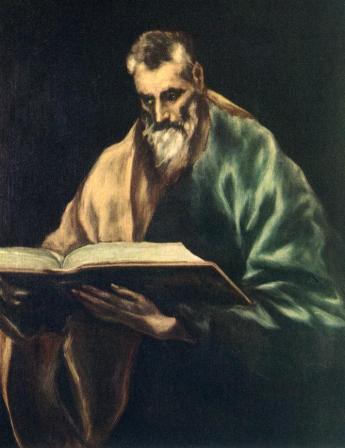