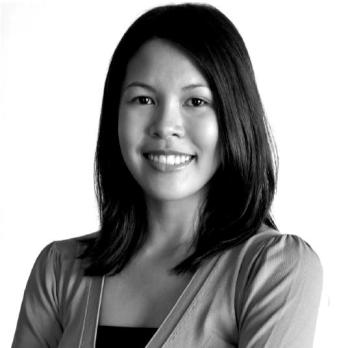 I grew up without a religion because my parents decided that they wanted me to choose one for myself when I was an adult. This had to do with my parents being raised as Catholics then ending up agnostic. So in the absence of religion, they taught me universal human values and principles such as justice, truth, love, gratitude, and so on. This method had its own pros and cons.

On one hand, I was free to figure things out for myself and was not committed to any particular spiritual way of living. On the other hand, I missed out on growing up with a faith community and spent a lot of time pursuing questions that did not always have logical answers. My fairly liberal upbringing was also reinforced by being in a high school, college and a sorority that had no religious affiliations whatsoever. All of which encouraged me to question everything and keep a very open mind.

I always believed in God. I simply could not imagine the universe not having a source. So I would pray to Him from time to time – to thank Him or to ask for some help. For the first 18 years of my life, this was enough. Truth, logic and rationality were my solace. However, there came a time when I started asking questions about how I would fulfill my lofty dreams, make everyone I love happy, get over my anger, insecurities, inertia, and so on.

I found myself overwhelmed and clueless about what to do. I tried different things and talked to different people but nothing really helped me – because what was crippling me more than anything else was fear. Fear that I would fail, fear that I would get hurt, fear that I might have to admit that I’m not as good as I thought I was. For the first time, my usual formula for solving problems was of no help. The more I tried to pacify my fears, the more frustrated, anxious, and self-absorbed I became.

I tried psyching myself, escaping my problems by becoming hedonistic, as well as trying some very foolish things – anything to get some semblance of peace again. None of it worked. Neurotic that I was, I kept thinking this was happening because there was something I was missing like a technique or an epiphany.

It was only after a good friend of mine told me to pray every day before sleeping and upon waking that I started to feel whole again. She told me praying would help me let go. Let go of things I had no control over anyway, and as a consequence the things that I wanted would eventually come in ways that would surprise me. While praying more often made little sense to me at that time, I decided to take her advice anyway. I prayed Our Father twice a day and that was it. After a few weeks, I noticed I was calmer, I could sleep better, and I was fulfilling the promises I made to myself because I was accountable to God.

Eventually, all feelings of fear and insecurity were obliterated and replaced by courage and compassion. Since then, I accomplished more, took more risks, became much more comfortable with uncertainty and vulnerability, and made many other people happy.

It soon became apparent to me that my own will and desires were not compelling enough reasons to weather challenges. I found no peace or meaning or joy within the solitude of my own head. I only found these when I appreciated all that I had and spent most of my time in the service of others. In other words, I learned to have faith and I learned to truly love. I learned that love was not just a feeling – it was work and it meant giving. I learned that selfishness was the antithesis of love as well as the cause of much suffering in the world.

This was a significant paradigm shift for me. I got over being a grumpy, inflexible, overly cerebral and highly critical control-freak by fully welcoming God into my life. It is His presence that has enabled me to grow into a more mature, loving, and peaceful person. In my gratitude, I do my best to bring the same sense of peace to as many other people as possible. It was around this time that I decided to become Catholic and join the SYA (Single Young Adults) community. Since then, I’ve been surrounded by even more like-minded and like-hearted individuals. This only deepened my conviction that finding God is indeed one of life’s most rewarding pursuits – intellectual, emotional, spiritual or otherwise.